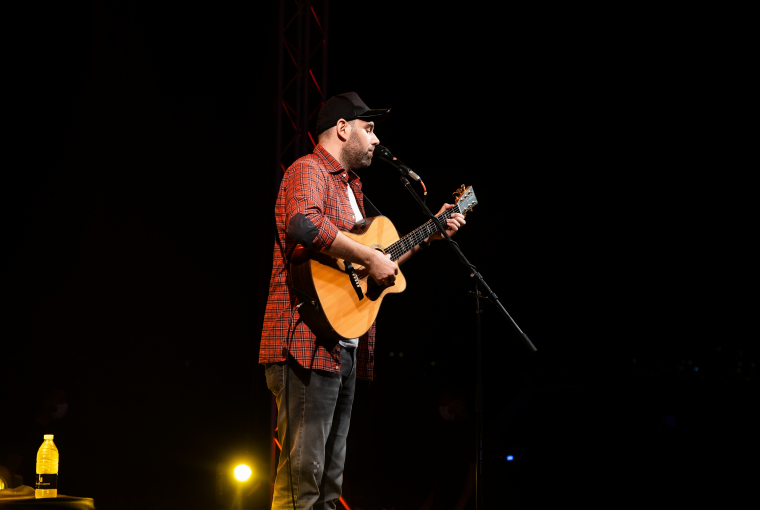 The spectacular open air gala-dinner followed by the concert of Semen Slepakov, a superstar Russian comedian, took place in the Ritz Carlton JBR, Dubai on March 31. We had a pleasure to be a part of this beautiful and very well organized event by Berin Iglesias Art group and hosted by the Russian celebrity Victoria Lopyreva. It’s a worldwide known event and concert company that is famous for its shows and top artists they work with. Enrique Iglesias, Mariah Carey, Robbie Williams… just to name a few! We had an honor to meet the Founder & CEO of the company Maxim Berin to ask a few questions concerning his work and life.

Are you happy with the concert results?

Yes, absolutely! After all, Semyon Slepakov with his Comedy club concert program has been the second event within our Big Art Festival in Dubai this year.  We were holding a grand Christmas Big Art Festival on January 7 – 13. There were such famous Russian pop artists as Valery Meladze, Grigory Leps, Timati and the ViaGra group who took part in the open area, right at the basement of the Burj Khalifa Tower, the highest skyscraper in the world, overlooking the famous singing fountains. The event had a huge success and attracted an enormous interest from the leading mass media.

We are glad such a festival has begun in Dubai. Our regular guests say there has never been such a format and level of the event in the UAE before. Therefore, we are extremely feeling positive, and we are already planning further concerts within the festival. I think we will be able to satisfy our audience in the near future.

How many concerts have you done and what’s your favorite one?

If you do not take into account that I was the director of the International Symphoniker Deutschland Orchestra for seven years and organized the Yuri Bashmet Music Festival in Germany for six years, since the founding of Berin Iglesias Art, we have held thousands of concerts in dozens of countries around the world. Despite the fact that we always try to make bright and grandiose events, the most memorable of them is probably the concert of Andrea Bocelli and Anna Netrebko in the Kremlin on June 4, 2019. It is significant that the artists performed on the same stage for the first time in history.

What is the next event are you preparing in Dubai?

As for Dubai, the team and I are currently thinking about events in May, and we are already starting to prepare for our Big Art Festival, which will be held in November, December, January and February. In the 2021/2022 season, we have already planned a large number of top concerts with mega-stars of both Russian and foreign pop music.

The culmination will be a grand anniversary concert of the world opera star Anna Netrebko and her friends from all over the world. Europe, I think, will also open its borders in time, and there we also have big plans: the Baltic tour of Anna Netrebko, the European tour of Denis Matsuev, the London concert of Maxim Vengerov and the Madrid concert of the Colombian singer Malum, and other bright events. We will be glad to see our viewers!

Have you thought of start producing other artists?

Particularly in Dubai we had our first talks with one of the most popular music producers in the world, Nadir Hayat, better known as RedOne. He wrote and produced the world famous Grammy winning hit songs “Bad Romance”, “Alejandro” and  “Poker Face” for Lady Gaga transforming her into a global superstar. The impressive list of artists RedOne worked with includes such big names as Michael Jackson, U2, Shakira, Jennifer Lopez, Enrique Iglesias, Nicki Minaj, Justin Bieber, Selena Gomez, Nicole Scherzinger, Lil Wayne, Backstreet Boys, Sugababes and many others.

Nadir was one of the honored guests of our Christmas Big Art Festival. And on February 1, 2021, we launched a music label and production center – “RedOne & Berin Iglesias Art”. This is a huge structure that will search for young talents in Russia and the CIS countries under our strict guidance in partnership with RedOne.

If you would have a choice to have 2 any artists performing on your birthday who that would be?

As I said earlier, over the years we have performed thousands of concerts all over the world. It seems to me there are simply no artists we have not collaborated with, and whose performances I have not seen personally. Therefore, I will name two legendary performers who, unfortunately, are not alive. This is George Michael and Michael Jackson. These are my favorite artists. They will always remain in my memory and heart. 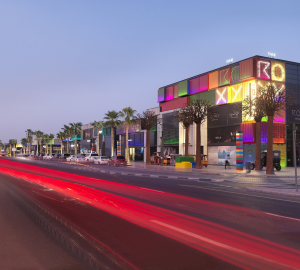 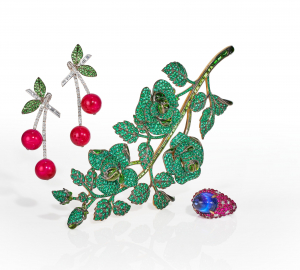