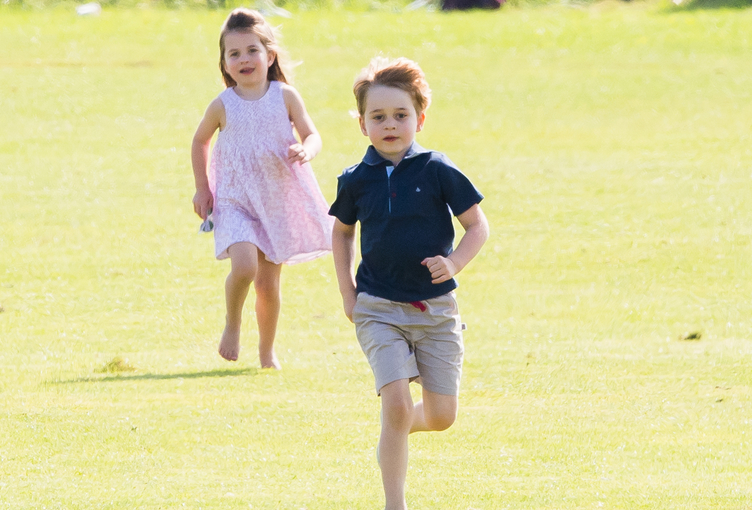 GLOUCESTER, ENGLAND - JUNE 10: Prince George of Cambridge and Princess Charlotte of Cambridge run together during the Maserati Royal Charity Polo Trophy at Beaufort Park on June 10, 2018 in Gloucester, England. (Photo by Samir Hussein/WireImage)

Eight-year-old Prince George, six-year-old Princess Charlotte and Prince Louis, who will turn four this month, have taken up horseback riding. British newspaper The Mirror has learned that the children were riding ponies during lockdown at the Duke and Duchess of Cambridge’s country home Anmer Hall in Norfolk, and all three, including baby Louis, proved to be avid riders.  Their parents decided that the young heirs to the throne should be encouraged to pursue this hobby.

The British royal family has a taste for equestrian sports in their blood. The Queen took her first riding lesson at the age of three. Throughout Elizabeth II’s nearly 96 years of life, it has been one of her greatest passions. She rode horses regularly until very recently – until October 2021 – when doctors recommended that she give it up for at least six months. It’s incredible, but the struggling monarch is determined to get back to riding as soon as possible.

Elizabeth II’s children are also keen horseback riders and her daughter Princess Anne and granddaughter Zara Tyndall even competed in the Olympics, representing the British equestrian team in 1976 and 2012 respectively. Zara still competes to this day, and members of the royal family enjoy travelling to support her.

As for Prince William, he – along with his brother Prince Harry and father Prince Charles – enjoys playing polo. The only family member who is not close to or even opposed to riding is Kate Middleton. In 2009 the Duchess of Cambridge admitted to Australian writer Cathy Lett that she was allergic to horses