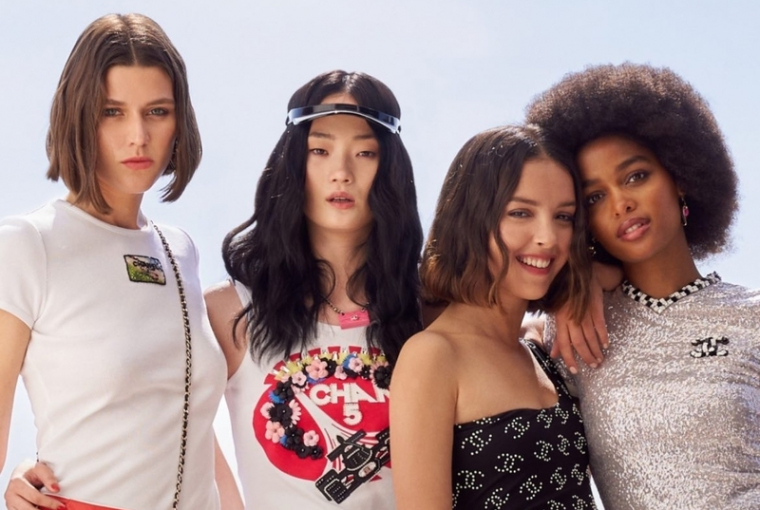 Monte Carlo, Monaco, hosted the Chanel Cruise Show. Since the morning, star guests flocked to the place of action – this time it was not a specially erected catwalk with unimaginable scenery, but the beach. Models strutted along the fine white sand while guests watched them from the sun loungers spaced evenly under umbrellas.

Because the show was held on the territory of Monaco, it was decided that royalty would be invited: the eldest daughter of Prince Rainier III of Monaco and Hollywood film star Grace Kelly graced the event, as did the sister of the current Prince Albert II of Monaco, Caroline, Princess of Monaco and Hanover, and her daughter Charlotte Casiraghi. The latter became the brand’s official ambassador on 22 December 2020, and in January this year, she opened the Chanel show at Paris Fashion Week, riding a horse on the catwalk (the girl has been riding since childhood).

The brand’s creative director Virginie Viard presented a cruise collection. The collection included many pieces made of Viard’s favourite tweed. The collection did not do without old-fashioned silhouettes. The designer also drew inspiration from the archives, including embroidered dresses, lightweight suits, blouses, golden trousers and swimming costumes that could also be worn as a bodysuit. But the audience will definitely remember the caps with “No.5” patches, chokers, micro-bags and shoulder bracelets.

By the way, the patch “No.5” appeared for a reason: it was during her trip to Monte Carlo in 1921, when Coco Chanel decided to produce a perfume. Thus the iconic Chanel No. 5 fragrance appeared.