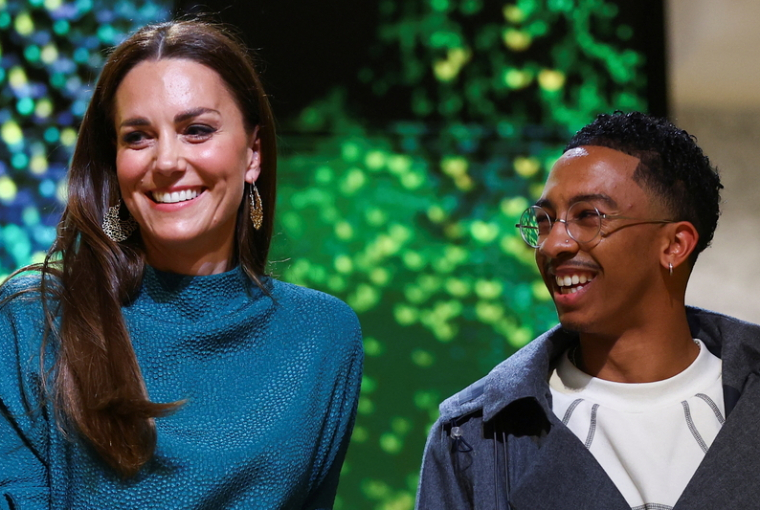 Her Majesty’s Award has gradually become a tradition. The award has already been presented by several members of the royal family, including Elizabeth II herself in 2018. The prize was then awarded to designer Richard Quinn, whose clothes are worn by the famous British lawyer and George Clooney’s wife, Amal. In 2019 it was the Duchess of Cornwall, in 2020 Princess Anne, and finally the Countess Sophie of Wessex. And now it’s the turn of the Duchess of Cambridge.

Kate Middleton herself seems to enjoy discovering new or hitherto unknown fashion names. She looked stylish and succinct in a dark turquoise dress by Canadian designer Edeline Lee. The Duchess presented the award to fashion designer Saul Nash, who was warmly received by the audience. In her speech, Kate praised all the talented designers who took part in the event.

“I am honoured to be here today. I’ve heard many inspiring stories about Britain’s creativity and seen the incredible work of so many talented people. Well done, congratulations,” she said.

Young talent Nash was incredibly honoured to receive the award from the hands of royalty. The man makes technologically advanced sportswear.

“I grew up in London and after sixth form college went to study performance art. I never set out to be a fashion designer but it came naturally,’ said Saul Nash, ‘I wanted to create sportswear and challenge the stereotypes about it. The truth is, I don’t like to dress up even for special occasions, I just wear what I like to wear. It’s all about self-expression.”

After the official part of the event, guests were treated to a fashion show featuring dancers dressed in some of the award winner’s designer outfits.