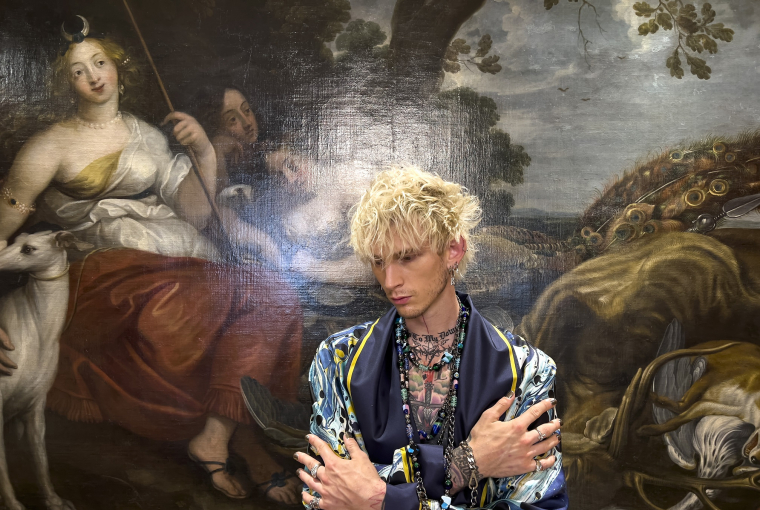 As part of an ever-evolving relationship with the brand, Machine Gun Kelly, seen through the lens of Juergen Teller, models some of the most inspiring looks from the latest Dolce&Gabbana Collections.

The same tune was used, a month later, for the Women’s Show.

For the announcement of his latest chart-topping album mainstream sellout, Machine Gun Kelly collaborated with Dolce&Gabbana: he revealed the track list through 13 custom made shirts, each one emblazoned with a song title.

Speaking of his style and on Dolce&Gabbana, Machine Gun Kelly said “I’m actually a really shy person, so my superhero mask that allows me to be the expressive version of myself (besides music) is my clothes. I have a diamond that is inside me but it needs to be excavated sometimes, and Dolce&Gabbana is the archeologist that brings it to the light so I can wear it on the outside”.