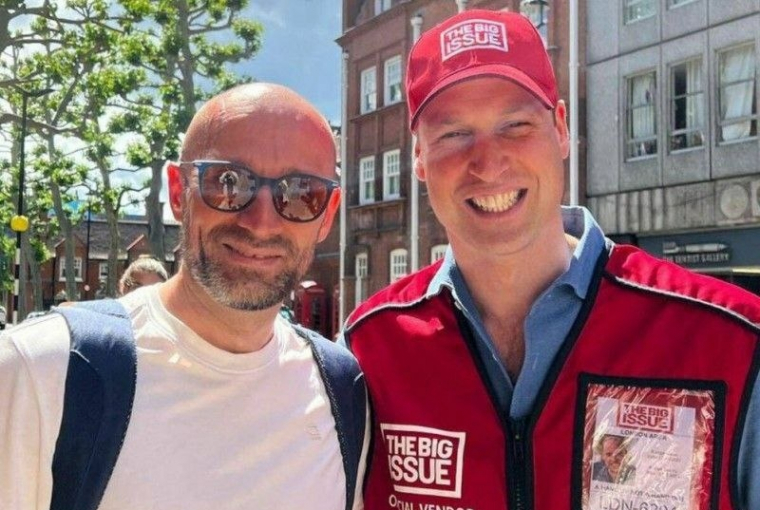 Just three days after the extensive celebration of Elizabeth II’s platinum jubilee and Prince Harry and Meghan Markle’s unexpectedly quick return to America, members of the royal family have once again reminded about themselves. But this time in a very unexpected and not at all official way.

The Duke of Cambridge decided to draw public attention to the issue of poverty in an unexpected way.

Last Thursday the people of London rushing to work saw Prince William on the streets of the city. The future King dressed in the uniform of an ordinary paperboy was selling copies of the Big Issue magazine to passers-by. It is a publication on homelessness and unemployment usually distributed by people living below the poverty line, so that they can earn their bread in the absence of any income. What was the surprise of the British when they saw the Queen’s grandson in the role! Not surprisingly the magazines went like hotcakes out of the Duke of Cambridge’s hands and photos of Londoners with William went viral on social media, collecting more than a hundred enthusiastic comments.

“Last Thursday here in central London I decided to take a walk along Rochester Row in the Westminster area, very close to Buckingham Palace. Almost immediately I discovered a tall, well-built, handsome gentleman who looked awfully familiar. And how amazed I was when I realised it was Prince William himself. Not a look-alike – the future king!  No fanfare, no extravaganza – just the Prince of Great Britain working like a regular guy. He was more than happy to break royal protocol and let me photograph him on that sunny day,” one internet user said of meeting William.

“What an honour to be alone with our future king, who was humble and quietly working in the background helping those most in need,” another wrote on social media.

Prince William made the best impression as a very warm person who cares about ordinary people.