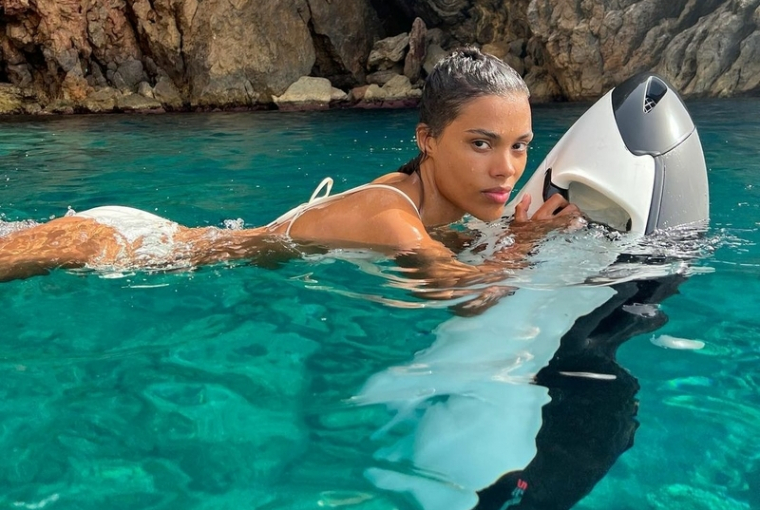 The iconic Marilyn Monroe continues to inspire all new generations of stars. Just since the beginning of this year, the image of the film diva has included Ana De Armas, who is starring in a new biopic about Monroe’s fate, and Kim Kardashian, whose appearance in the original “nude” dress on the Met Gala red carpet has sparked heated debate in both the social and museum communities. Following them, model Tina Kunakey, 25, replicated the image of Marilyn. The day before she published photos, in which she appeared, perhaps, in the most legendary Monroe’s outfit – a white dress from the movie “The Seven Year Itch”.

However, unlike Kim, Tina posed in a very high quality copy of the dress. There is only one difference from the original: the famous pleated skirt, coquettishly developing in the frame of the film, in the new interpretation is crumpled and structured. The sandals also have been modernised by adding more straps to complement the outfit. One is left wondering for whose advertising campaign Kunaki has tried on the iconic look.

It should be noted that Tina Kunakey has been very active this summer as well as her husband, 55-year-old Vincent Cassel. By the way, in May, they appeared together for the first time in 4 years in public at the 75th Cannes Film Festival. They then attended the Bulgari evening in Paris, and later, at the end of June, they glittered at the Jacquemus show against a backdrop of snow-white slopes of a sand quarry.