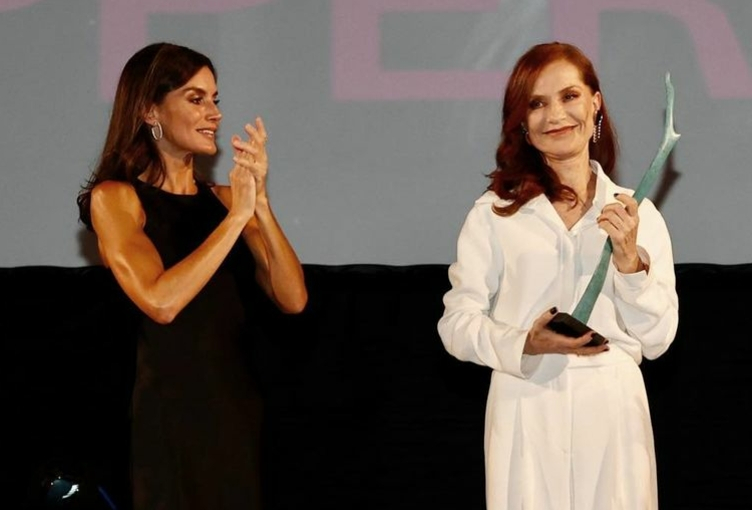 Isabelle Huppert has received an honorary award for her contribution to cinema at the closing ceremony of the Atlantis Mallorca Film Festival on Mallorca. The 69-year-old French actress was honoured by Spain’s Queen Letizia.

Isabelle Huppert is one of France’s most recognised contemporary actresses. Over a 50-year career, she has starred in over 110 films and TV productions. In 1978 she won the BAFTA for Best Actress in a Leading Role for her film The Lacemaker (La Dentellière ), (1977).

The 49-year-old queen appeared at the event in an exquisite mid-length satin black dress. Letizia usually wears heels or espadrilles with a wedge heel for evening receptions, but this time Her Majesty made an exception and decided to make it easy on herself by wearing flat-soled sandals with black straps.

The award winner, Isabelle Huppert, stood out in a snow-white trouser suit of an oversized shirt and palazzo trousers.