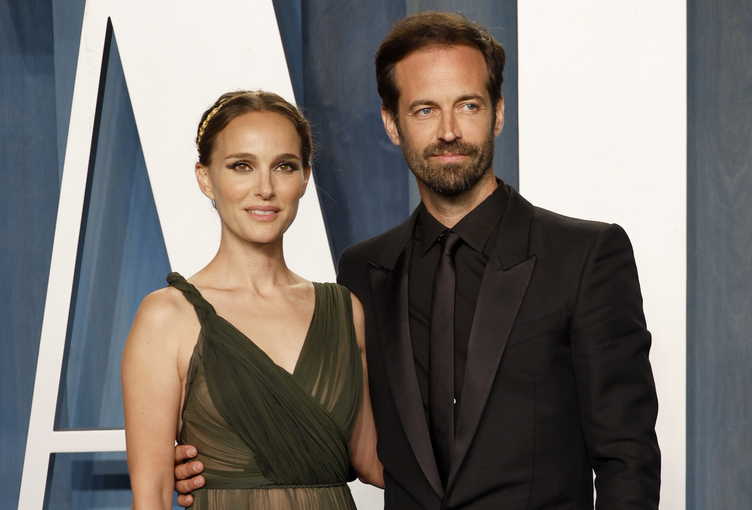 A strong marriage in Hollywood is a rarity, but Natalie Portman and her husband Benjamin Millepied confidently break stereotypes. The day before their marriage turned 10 years old, they decided to celebrate the big day with tender mutual congratulations on social media. Portman, 41, posted a black and white snapshot from the premiere of Thor: Love and Thunder in London a month ago and accompanied it with warm words addressed to her husband.

“Ten years have passed today… And things are only getting better,” she wrote, noting Millepied in the post.

Choreographer Millepied, for his part, shared a steamy snapshot with his beloved in the post. In the shot, Natalie shines in a red polka dot evening dress and massive diamond jewellery, while her husband poses in a classic black dinner jacket with a bowtie.

To recap, Natalie Portman and Benjamin Millepied began dating during the filming of “Black Swan” in which she performed the title role and he was the choreographer. In December 2010, representatives of the couple announced that Portman and Millepied got engaged. On June 4, 2011, their firstborn son Aleph Portman-Millepied was born, and a year later, the young parents got married. Their daughter Amalia was born on 22 February 2017. The couple are known to reside alternately in France and America.

At the end of July, Natalie became the face of Dior Forever’s new advertising campaign alongside Yara Shahidi. And earlier in late June, the actress revealed her physical transformation for director Taika Waititi’s Thor: Love and Thunder. For her new role, she has been working out with a professional trainer for almost a year and has been gaining muscle mass.