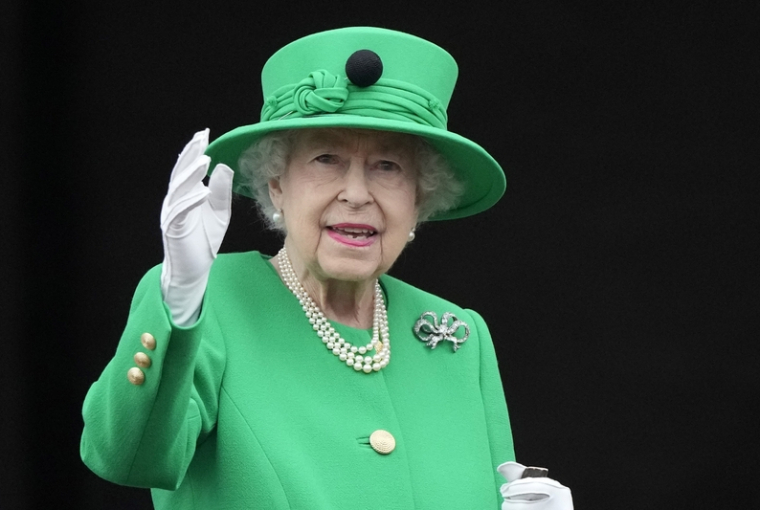 LONDON, ENGLAND - JUNE 05: Queen Elizabeth II stands on the balcony during on June 05, 2022 in London, England. The Platinum Jubilee of Elizabeth II is being celebrated from June 2 to June 5, 2022, in the UK and Commonwealth to mark the 70th anniversary of the accession of Queen Elizabeth II on 6 February 1952. (Photo by Frank Augstein - WPA Pool/Getty Images)

Elizabeth II, 96, continues to spend her summer holidays at Balmoral Castle, Scotland, after presumably spending the last few weeks at stone cottage Craigowan Lodge nearby. However, she is unlikely to be greeted at the gates with crowds of photographers, the Scots Regiment and military pipers – for several months now, Her Majesty has reportedly had difficulty getting around, according to Buckingham Palace.

This year, Elizabeth will be greeting the nobles privately right in the grounds of the castle without the traditional pomp. This way she will be able to conserve her energy and mingle with more guests. Buckingham Palace press office said the format of the private reception had been tailored “to suit Her Majesty’s schedule for her comfort” and again denied any rumours of her indisposition.

The next big event on the royal calendar is the Highland Games, to be held on September 3. The Queen has never missed them in her entire reign, but if she doesn’t show up there as well, there will be no doubt about Her Majesty’s failing health.

Elizabeth went on holiday on 21 July. She normally rests in Scotland until September/October, after which she returns to her royal duties with renewed vigour. This year, she is due to accept the resignation of British Prime Minister Boris Johnson in the autumn.

It should be noted that the spring and summer have been rather busy for the Queen as she celebrated her 70th anniversary on the throne, and despite her health problems, she attended a number of celebrations. The royal family has supported Elizabeth throughout – for example, her son, 73-year-old Prince Charles, replaced his mother at the opening ceremony of the new session of Parliament, as well as at the recent opening of the Commonwealth Games. And in early July it was revealed that Her Majesty had handed over some of her powers to Charles.