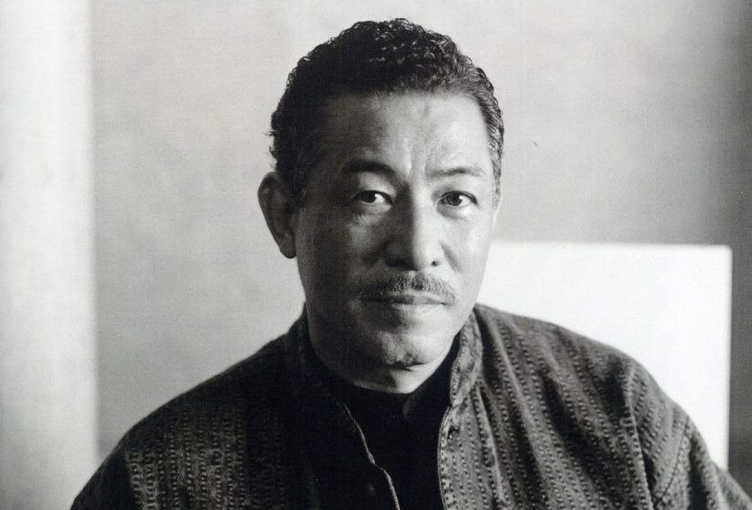 Issei Miyake was born on April 22 1938 in Hiroshima, Japan. He witnessed the atomic bombing of Hiroshima at the age of seven. He spent most of his life hiding his birthplace, and the fact that his mother had died of radiation sickness, and that he himself had become lame.

In 1970, he established the Miyake Design Studio in Tokyo, where he began designing women’s clothing. His aim was to create “a new, universal form of clothing that meets the demands of our time. Early in his career he formulated the concept of “A Piece of Cloth”, where he tried to keep the integrity of the material, giving priority to a very simple cut and leaving the method of wearing and the type of drapery to the client. Creating practical items “for real life”, at the same time asserting that “clothing belongs to the sphere of visual culture, not utilitarian things” and should stimulate the imagination.

The designer retired in 2007 and since then all the collections under his name have been developed by other colleagues. However, the designer continued to personally oversee the general direction of the lines.

He is known to a wider modern audience as the designer of the black turtleneck worn by Steve Jobs, a “uniform” introduced by the inventor only in the late 1990s. Then Jobs visited Sony’s office in Japan and decided to adopt the style of the company’s employees for his team. For the incarnation, he turned to Miyake, setting him the task to create a universal piece, appropriate for any day in any situation. This is how Steve Jobs’ famous black turtleneck appeared, of which Miyake created almost 100 pieces for him.