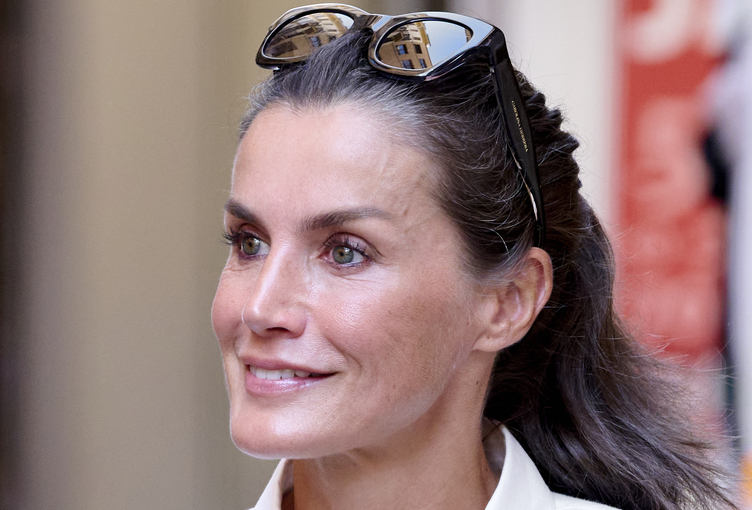 Queen Letizia of Spain is known for her bold fashion choices. Her new outing with her family – King Philippe VI and her daughters, Princess Leonor and Infanta Sofia – justifies her title as the most stylish monarch in Europe. Last weekend the royal family had dinner in one of Palma de Mallorca’s famous restaurants (the family has decided to support domestic tourism) and wandered through a flea market, and today they appeared in the main street of the city almost in full body.

Despite the mini length models in Letizia’s wardrobe, she does not often appear in public in such short dresses or skirts. Today, the queen opted for a nautical theme and wore short white shorts with a subtle blue stripe, which effectively highlighted her luxuriously toned legs. A classic white Hugo Boss shirt with casually rolled up sleeves and a bag in traditional Mallorcan ikat fabric from Feel Mallorca for only €69.

The Queen prefers espadrilles on a wedge heel, but chose a flat-soled model for today’s walk. Let’s notice that Letizia wears these shoes not only on holiday, but also on official events. For example, a week ago she attended a reception at the Marivent Palace in Mallorca. Her Majesty delighted those who attended with a fresh and bright image, which could have been worn at a cocktail party, and she also wore her favourite espadrilles.