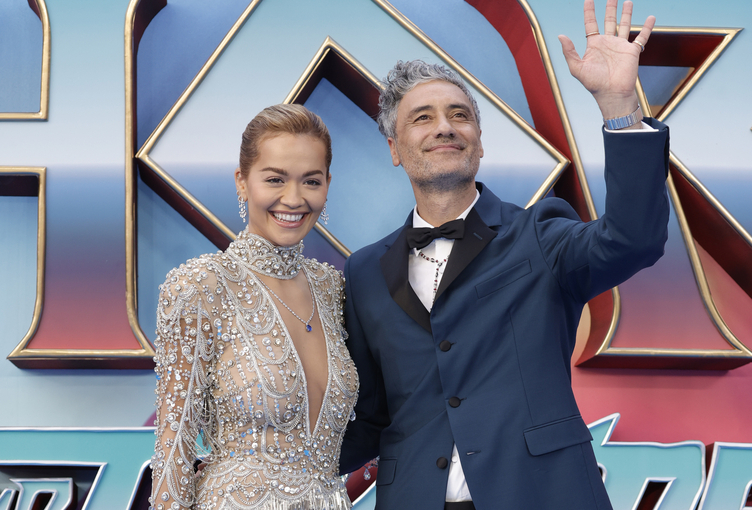 Taika Waititi, the director of Thor: Love and Thunder, made headlines on social media the other day with an engagement ring, and the day before, his lover, Rita Ora showed off a discreet gold piece of jewellery to her followers. And despite the fact that the stars have not commented on the event in any way, there is no doubt – the lovers have managed to get married in secret.

Rita has published a microblogging picture of herself in a racy black top and massive bracelets, but fans have paid attention not to the singer’s frank attire, but to the luxurious ring on the very finger. According to Mail Online, Rita has already changed her maiden name and it now sounds like Waititi Ora. Insiders also claim that following a private intimate ceremony, the couple are planning to have a large-scale wedding celebration, but for now, they prefer to keep it private and enjoy each other.

Rita Ora and Taika Waititi met in Australia when the singer was starring in The Voice and the director was working on Thor: Love and Thunder, and started dating in March 2021. Prior to Taika, Rita dated a number of famous suitors, including singer Bruno Mars, who the singer herself said she had serious feelings for. Waititi was married until 2018 to film producer Chelsea Winstanley, with whom he has two children, 10-year-old Te Hinekahu and 6-year-old Mateva Kiritapu.