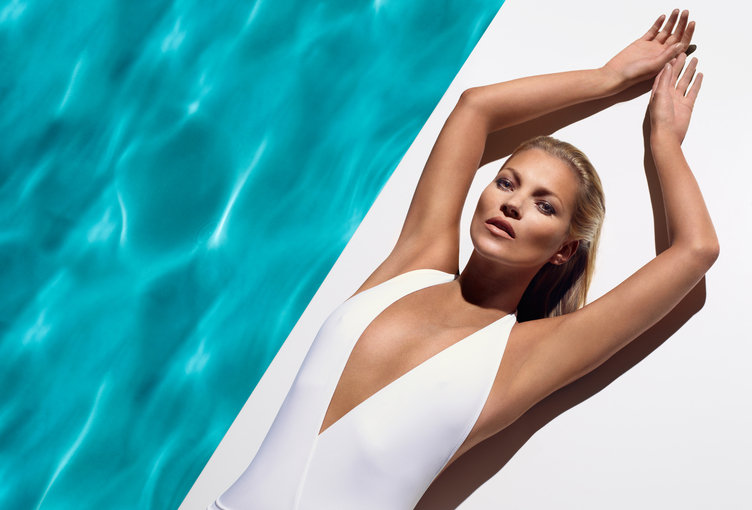 UNITED KINGDOM - UNDATED: In this handout image provided by St. Tropez, St. Tropez, the iconic global self-tan brand today announces the appointment of Kate Moss as the new face and body of the brand. (Photo by St. Tropez via Getty Images)

Despite being nicknamed ‘the tank’ in her youth for her phenomenal ability to party the night away, the supermodel is now leading a healthy lifestyle and looks set to share it with the wider public. Moss is launching her own wellness brand called Cosmoss.

The concept of the brand is not simple – the model suggests treating a cup of tea or a morning facial cleansing as a health-promoting ritual. A pack of 25 Cosmoss tea bags is expected to cost £21. Kate is also known to release Golden Nectar CBD facial oil and Sacred Mist fragrance, as well as creams and cleansers.

The brand’s official website has already published photos of Kate Moss herself strolling through a poppy field in a seductive beach bikini.

It should be noted that over the years Kate has become less and less involved in modelling, preferring to focus on business. In 2016, for example, she founded a modeling agency of the same name, with her 19-year-old daughter Lila becoming a star client.

Kate Moss’ road to a healthy and sober lifestyle has not been easy. She gave up alcohol several years ago and was helped by her mentor and friend DJ Fat Tony, an avid supporter of the 12-step rehabilitation system.