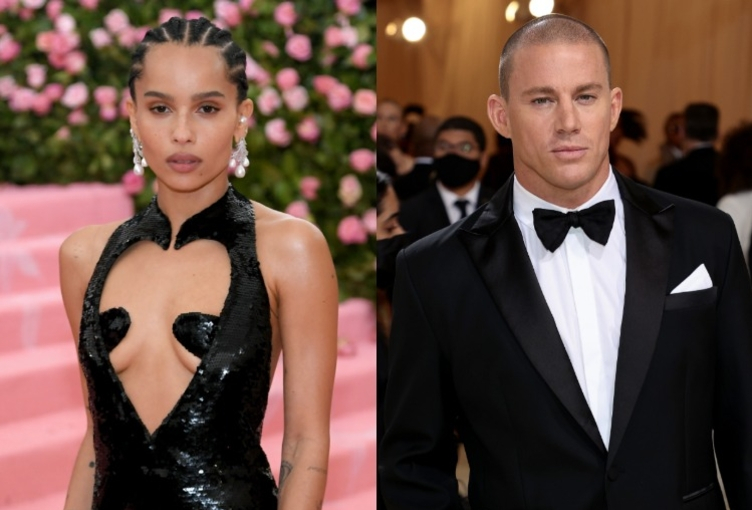 Zoe Kravitz and Channing Tatum are one of Hollywood’s hottest couples to date. However, not much is known about the stars’ relationship. In a new interview for September’s The Wall Street Journal, in which the actress appeared on the cover, Kravitz lifted the veil of mystery and told how she and Tatum met.

It turns out, it all started with the fact that Zoe invited Channing to her directorial debut entitled Pussy Island. The choice fell on him, as the actor has never yet appeared on screen as a villain, and Kravitz was interested in unlocking his potential. However, the collaborative creative process led to the emergence of feelings between the actors.

“When you do something with people, it becomes a sacred process, and when you’re also compatible creatively, it often opens up other channels between you because you’re sort of sharing bits of soul. I’m very grateful that this film brought Channing into my life,” she confessed.

However, the actors had already worked together in 2017, voicing the animated film Lego the Batman Movie. However, they didn’t have time to get to know each other then, and fate didn’t finally bring them together until four years later.

For the first time, the romance between Zoe Kravitz and Channing Tatum was talked about in January last year. Since then, the actors regularly appear together in public and caught the paparazzi lenses while walking the streets of New York. In September 2021, they made their debut as a couple at the Met Gala.

It seems that Zoe got together with Tatum right after she finalised her divorce proceedings with her ex-spouse Karl Glusman, with whom she lived for 2 years. Channing Tatum, on the other hand, divorced his ex-wife Jenna Dewann in 2018.