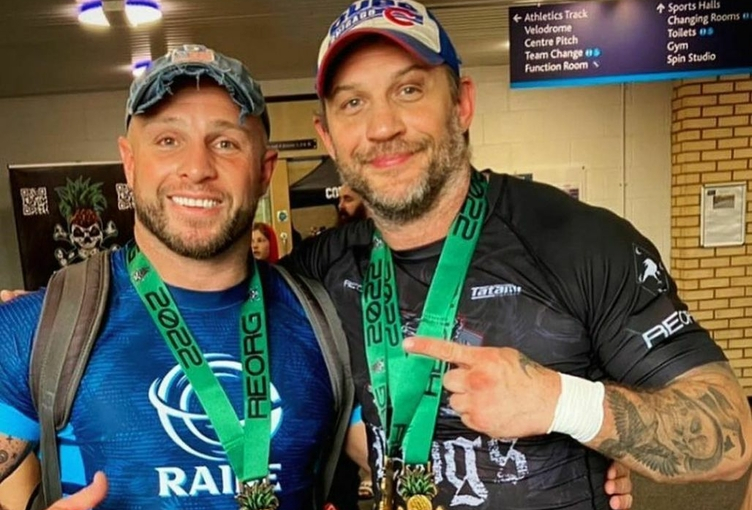 Tom Hardy took part in a charity jiu-jitsu tournament in Wolverhampton, UK, this weekend. According to the Daily Mail, the 44-year-old actor scored two wins in various disciplines, and early – the ‘Venom’ and ‘Mad Max’ star used a painful hold against his opponent both times.

“He was much stronger than me, I must admit. He’s a strong guy and a talented fighter. Now I definitely have a story to tell. The kids were there and saw everything. And I got a bronze medal, so it’s not a loss at all.” one of the actor’s rivals, Danny Appleton, told reporters, adding that he was embarrassed to fight the Hollywood star.

Not many people know, but Hardy has a blue belt in Brazilian jiu-jitsu, and he started doing martial arts during preparations for filming the movie “Warrior” in 2010, where he performed the title role. Recall that there he will play a professional MMA fighter. Especially for the role the actor every day was working out at a professional gym Wolfslair MMA Academy, and at the same time not bad pumped – he gained over 10 pounds of muscle mass. Tom is also an ambassador for the REORG BJJ Foundation, which helps veterans learn jiu-jitsu.