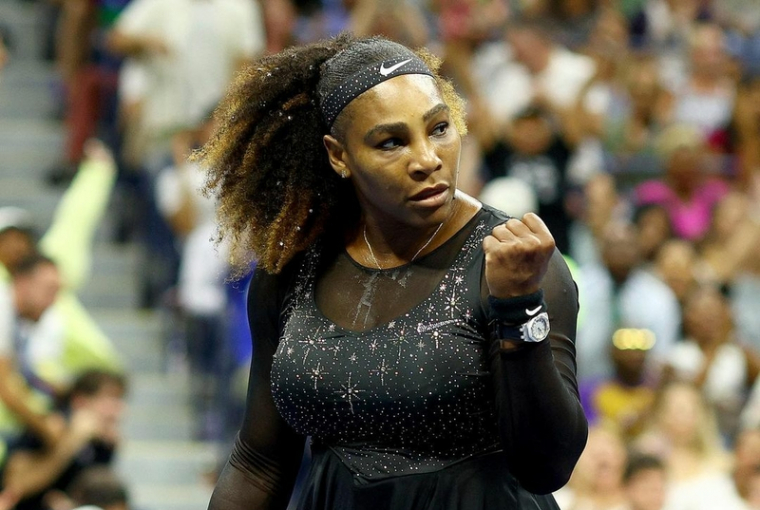 One of the greatest tennis championships in the world, the US Open, started in New York on Monday. Serena Williams of the USA and Danka Kovinic of Montenegro met in the opening match. For the 23-times Grand Slam champion, Serena, it is her 21st and probably last participation in such a large-scale competition – in early August she announced on the cover of Vogue that she would end her career after the US Open. For the game, the tennis player chose a black dress with rhinestones sewn especially for her. Nike designers made the dress have a six-layer skirt – the number of times she has won the tournament.

The match ended after two sets 6-3 in Williams’ favour. Remarkably, she has never lost in the first round in New York and this time was no exception. Her worst performance came in 1998, when she dropped in the third round. She has only failed to reach the quarter-finals three times in her career. In the second round of the US Open Serena will play against world number two Anette Kontaveit.

As it turned out, it was not so easy to get to the first match: due to the cover-story in the world’s main glossy magazine, ticket prices have skyrocketed. Furthermore, dozens of Hollywood stars came to watch Serena play, many of whom had flown all the way from Los Angeles for the occasion. In the stands have been spotted a few couples: supermodel Bella Hadid and Mark Kalman, actor Hugh Jackman and Deborah-Lee Furness, actress Rebel Wilson and Ramona Agrum. Also attending the game were Serena’s husband and daughter Alexis Ohanian and Olympia, American Vogue editor Anna Wintour, designer Vera Wang, 42nd US President Bill Clinton, actress Queen Latifah and plus-size model Ashley Graham.