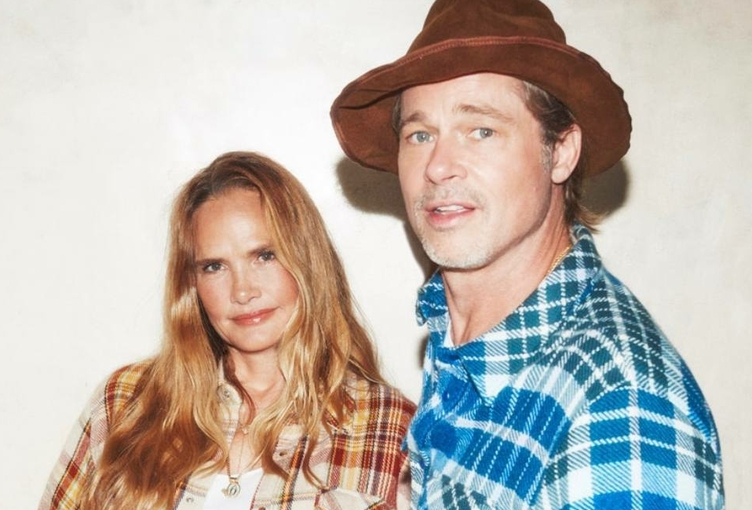 Following Gigi Hadid, Brad Pitt has launched his cashmere clothing line. Vogue reports that it is called God’s True Cashmere. The actor worked on the brand together with his longtime friend, jewellery designer and healer Seth Hari. She told reporters that the idea for God’s True Cashmere came to her in a dream:

“I had a dream that Brad was standing in front of me while a stylist was dressing him. He was wearing a suit of green cashmere and said to me, “I need more green and more softness in my life.” That was the starting point for the brand.”

Pitt says there was an unusual coincidence on the same day:

“It’s weird because that day I actually told the stylist that I wanted more green cashmere and softness in my life.”

When they found out about each other’s events, they took it as a sign and now they are not only old friends but also business partners.

All the shirts are gender-neutral and made from 100% Italian cashmere. They are decorated with buttons in the form of crystals: tiger’s eye, moonstone, amethyst and rose quartz. Each of the stones is designed to activate a specific chakra of the wearer.

Pitt, who recently confessed to a rare terminal illness, has a lot going on in his life right now: the actor recently wrapped up a promotional tour for the film Faster Than a Bullet, with which he and his fellow actors flew around the world. In July, it was reported that he bought himself a new bachelor lair, but lost a lawsuit against Angelina Jolie, the subject of the dispute which was their once joint business – a French winery. Now the ex-wife is attempting to hold Pitt accountable for his injuries during their infamous brawl on a private jet.