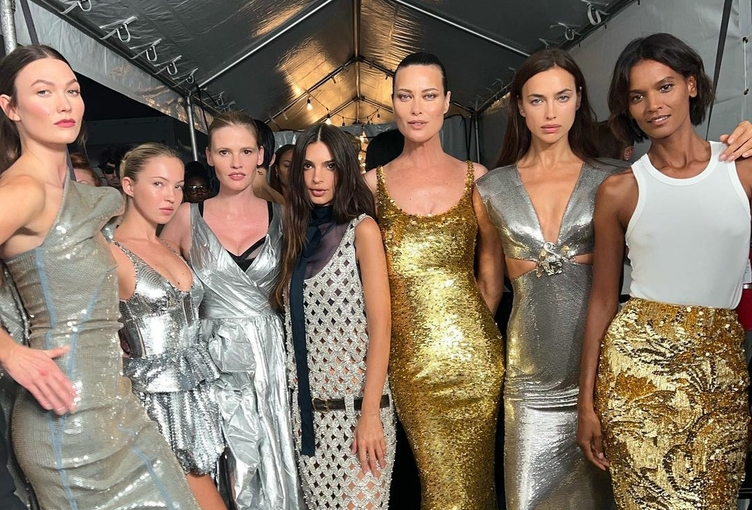 Vogue World’s 130th anniversary fashion show was one of the biggest events of the fashion week so far.

Kendall Jenner, Emily Ratzakowski, Amber Valetta, Irina Shayk, Precious Lee, Lila Moss, Maria Carla Boscono, Liya Kebede, Bella Hadid, Karlie Kloss, Shalom Harlow and many others attended. Serena Williams opened the show with the cover of the current September issue of the glossy as she stepped onto the 13th Avenue, which became the runway, in a silver Balenciaga dress with a cape.

Further to Madonna’s Vogue track, models began to emerge, but after a while chaos and confusion ensued, as is often the case on busy metropolitan avenues. Onlookers too were treated to sneak peeks at the newlyweds, Brooklyn Beckham and Nicola Peltz, who had given their wedding shoot exclusive coverage to Vogue, singer Erykah Badu, and Kanye West (who was simply late to the show but chose to walk down the runway rather than sit in the front row). At the end of the show, rapper Lil Nas X sat next to editor-in-chief Anna Wintour and then, after taking the microphone, jumped up and started to sing his biggest hit Industry Baby.

There were many guests in the audience: Jared Leto, Doja Cat, Kourtney Kardashian and Travis Barker, Coco Rocha, Christian Siriano and many more.

In terms of brands, there were outfits from all the major fashion houses in the world: Fendi, Ralph Lauren, Louis Vuitton, Balenciaga, Alexander McQueen, Prada, Bottega Veneta and many more. There was a city-wide fair of local designers and pop-up shops selling major brands, and the minimum admission ticket for the event was $130. If one wanted to get into the show, the price tag went up to $3,000.