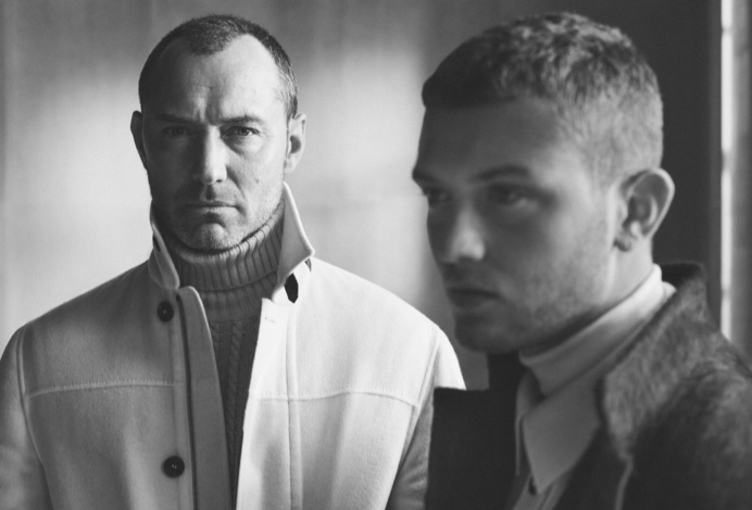 British actor Jude Law and his son Rafferty Law, 25, have starred to promote the autumn/winter collection of Italian menswear brand Brioni. Brad Pitt has been the face of the brand since autumn 2019, but in February this year another Hollywood sex symbol took his place alongside his grown-up son. The debut ad campaign featuring them was worked on by renowned New York photographer Craig MacDean. And this shoot is the work of Dutch photographer Annemarieke van Dreamelen. She flew to London especially for this shoot. Her goal was to show the personal, deep bond between father and son.

“Jude and Raff confirmed that they were the perfect fit for Brioni, both show different sides of what it means to be a modern gentleman, each in their own way,” commented Norbert Stumpf, design director of Moderna Brioni for the autumn/winter ad campaign launch.

“For the second shoot for Brioni, it was a pleasure to work with Annemarieke, who was able to show a more personal side of my relationship with Raff. We felt comfortable on set in these clothes,” said Jude Law.

His son also admitted that he felt natural in the clothes chosen for the shoot.

Recall that handsome Jude Law has a total of six children: the eldest, Rafferty and Iris, have careers in both the fashion and film industries.