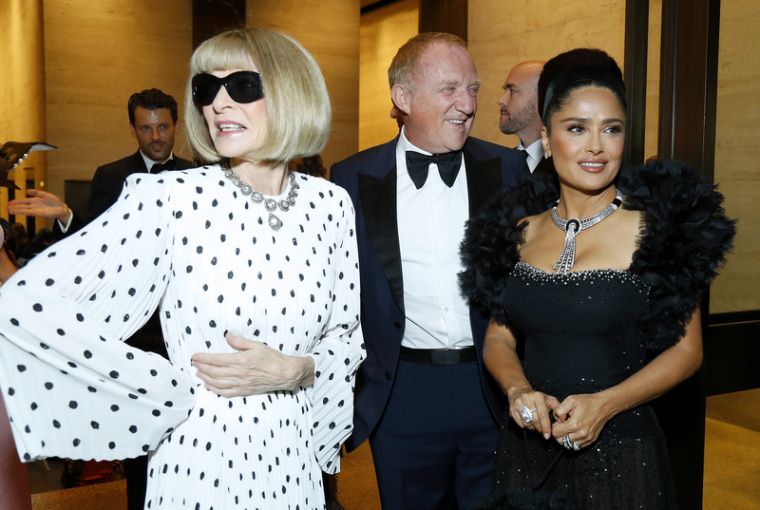 Among the most striking looks was Jodie Turner-Smith’s pleated coral gown and Salma Hayek’s elegant black gem-encrusted gown. Both dresses were designed by the fashion house Gucci. Emma Watson and Karlie Kloss opted for Alexander McQueen outfits – the actress wore white lace (she glittered in a men’s suit just a few days ago) and the supermodel opted for a structured orange open-shouldered flannel dress. Christie Turlington showed up in a baroque lace look, while Kat Graham wore a pantsuit with a cream lace corset.