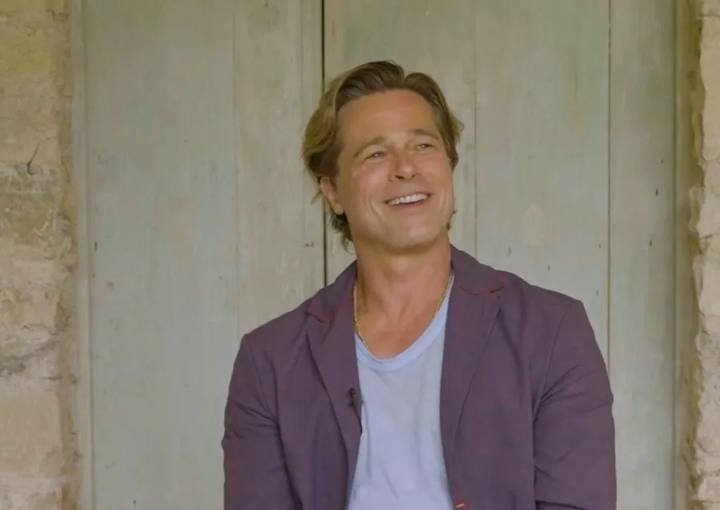 Brad Pitt seems determined to realize his potential in all areas: he recently presented his first sculpture exhibition in Finland, and a little earlier he launched his debut clothing collection. And now the Hollywood sex symbol has launched Le Domaine, a gender-neutral make-up brand. He did not do it himself, but in collaboration with the Perrin family of winemakers. They also, incidentally, work at the Château Miravel vineyard in the south of France, which Pitt bought with his ex-wife Angelina Jolie back in 2012.

The line is anti-ageing and includes a serum, cream, fluid and cleansing emulsion. Two patented ingredients, GSM10 and ProGr3 made from grape extract and grape seeds, are the main feature of the range. To develop them, we had to investigate 13 varieties of grapes grown by Perrin family. And to find the one with the highest antioxidant content. To do this Pitt hired Pierre-Louis Theissèdre, an oenology professor at the University of Bordeaux, a research project that took over 15 years. The formula is 96% natural, the jars are refills with wooden lids made from the estate’s wine barrels.

In an interview with Vogue, the actor admitted that he was inspired to create cosmetics by ex-girlfriend Gwyneth Paltrow, who long ago launched her successful lifestyle brand Goop.

“I love what Gwyneth has done,” praised Pitt’s ex. – ‘She’s still a very good friend of mine and she’s built this empire. She’s always had this curatorial talent in her and it’s been a great creative outlet for her. In fact, come to think of it, she was probably the first person who got me used to washing my face twice a day… maybe.”

That said, Brad noted that he made a conscious decision not to act as the ‘face’ of the brand, revealing that his beauty routine is extremely simple and showing off his grooming routines on camera is not his thing.