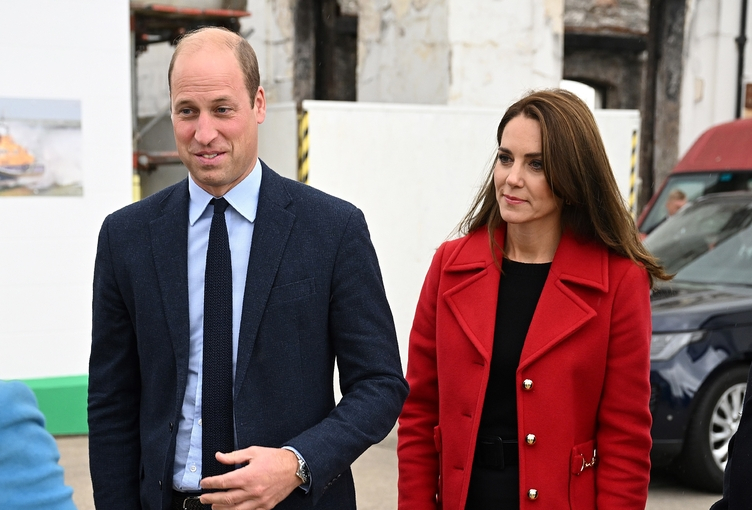 Kate Middleton and Prince William, who have been granted the titles of Prince and Princess of Wales since the death of Elizabeth II, visited the region of the same name – Wales – on Tuesday afternoon. The pair began at a memorable place for both in the north-west of the county – the town of Anglesey – where they lived in 2010, while still newlyweds, after the birth of Prince George. At the time, William was also acting as a search and rescue helicopter pilot for the Royal Air Force.

So, the first thing the Welsh went to the RNLI Holyhead lifeboat station, which is just a few kilometres from their former home. There they met up with local heroes and volunteers. The idea obviously echoes their first visit to the same place – back then, in 2011, ahead of her wedding to William, Kate first performed royal duties and helped launch one of the lifeboats into the water.

Afterwards, Kate and William walked along the promenade to Holyhead seaport before stopping at a coffee bar and chatting to small businesses and the coastguard. Kate looked fresh in a red fitted LK Bennett coat with large gold buttons. She accentuated the striking element of the look with an all-black undershirt of a jumper, chunky creased trousers, elegant Russell & Bromley boats and a Grace Han briefcase bag.

In the afternoon, the Welsh visited the coastal town of Swansea in the south, where they were greeted by an adorable toddler with a bouquet of delicate pink roses as their official representative. The purpose of the trip was to visit a thriving community centre converted from a church with a food bank and a warehouse of essentials for underprivileged mothers. And Kate has been known to encourage charitable work to support children and their parents in every way possible.