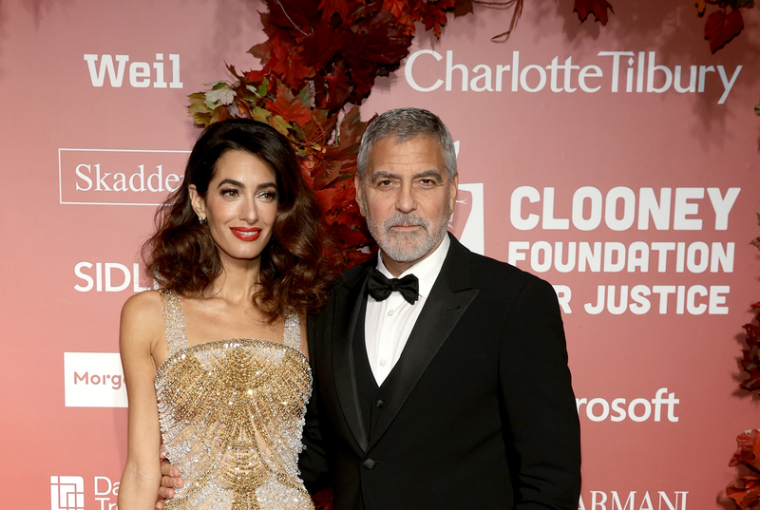 The first Albie Awards, founded by George Clooney’s Clooney Foundation for Justice to fight for justice in courtrooms, auditoriums and communities around the world, was held on 29 September at the New York Public Library. The award is named after Albie Sachs, a South African lawyer and judge who was imprisoned for fighting apartheid. The prize is open to journalists and human rights activists who are willing to risk their lives for the cause they practice.

For the Clooney couple, the event coincided with their wedding anniversary – September 29 was the eighth anniversary of their wedding ceremony in Venice.  George and Amal Clooney have been happily married for eight years – although tabloids and celebrity columnists have repeatedly written that this is an “arranged marriage”. The couple are now raising 5-year-old twins Ella and Alexander. The actor and lawyer gave a joint interview for the CBS Mornings programme, which aired on their anniversary, and spoke to host Gail King about dating, marriage and children.

The two-time Oscar winner and the successful Lebanese-born British lawyer began dating in October 2013. According to media reports, they got engaged as early as April and Clooney made the official announcement of their upcoming wedding in early September during a charity event in Florence. Initially, they wanted to hold the ceremony at Clooney’s villa on the shores of Alpine Lake Como, but then they opted for Venice.

Before meeting Amal, Clooney was married only once, to actress Talia Belsam, but remained Hollywood’s most famous bachelor after his divorce in 1993. At the same time in his biography was a lot of high-profile novels: the actor had relationships with actresses Renee Zellweger, Kelly Preston and Julia Roberts, Cindy Crawford and Italian model Elisabeth Canalis.