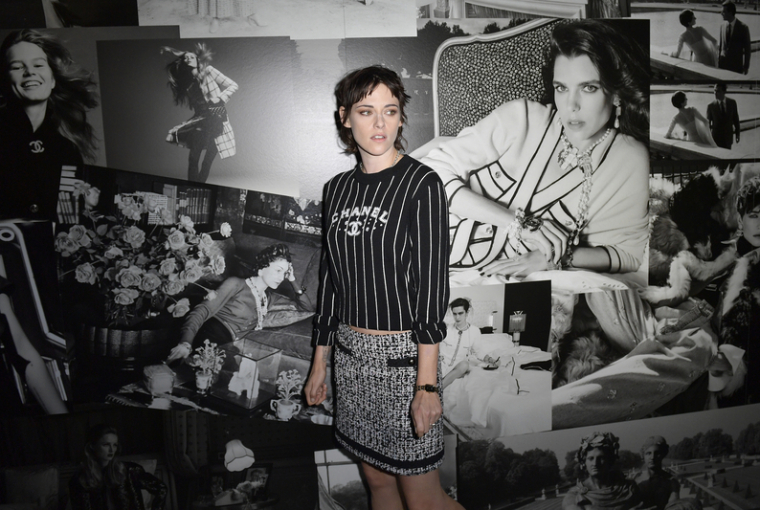 One of the most important events of the season took place in Paris, the Chanel spring/summer collection. This time, the inspiration for Virginie Viard was the era of black and white cinema, in particular the film “Last Year at Marienbad”, shot in 1961 by Alain Resnais and the images of the main character. She wears throughout the film gold combo dresses, sequined evening gowns, “Hollywood” capes with feathers and everything in that vein. At the same time there were 80s-inspired elements such as polka dots and pantsuits.

The decoration of the location was perfect – the walls, floor and ceiling were covered with black-and-white photos from the brand’s past advertising campaigns, and every guest in the room had a small black bag with gifts and a large album with pictures of Kristen Stewart. Yes, the longtime Chanel muse and Karl Lagerfeld favorite was the face of the collection, but she did not take to the runway herself. Kristen came to the show under the arm of her fiancée Dylan Meyer, though she did not sit in the front row with her, but with Charlotte Casiraghi.

The show began with a projection of a small film on the big screen, starring Stewart, and then the show itself began: branded tweed suits with feather décor, thin-strap evening dresses and much more were seen by the audience. Rihann Van Rompuy opened the show. Alongside Jill Courtlev, Loli Bahia, Vittoria Ceretti and Mona Tugaard, Irina Shayk also attended, making her first appearance for the House.