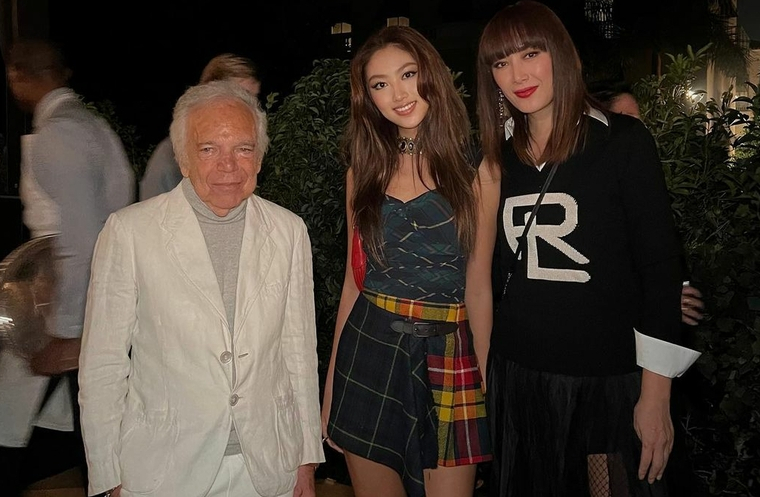 On the eve of his birthday (October 14 Ralph Lauren turns 83), the maestro held a show of the new spring-summer collection of the eponymous brand Ralph Lauren. Dozens of star guests and friends of the couturier, including Chris Pine, Diane Keaton, Jessica Chastain, John Ledgend, James Marsden, Sylvester Stallone with his wife and daughters, Dylan Penn, Robin Wright, Angus Cloud and many others came to the mansion in San Marino, California, a suburb of Los Angeles.

Special guests were Jennifer Lopez and Lily Collins, who recently married Ben Affleck and Charlie McDowell respectively in Ralph Lauren gowns. Both, of course, attended the show with their halves.

Irina Shayk attended the show, which seemed to mix everything – sport, western, denim, old Hollywood luxury, preppy and casual casual. The theme of the show was “California Dreaming” and the models even made a final appearance to the track “California Dreaming”. However, hundreds of guests and a few dozen models gathered on the catwalk not so much for the fashion agenda, as to honour the legendary Ralph Lauren. The standing ovation as he addressed the audience was proof of this.