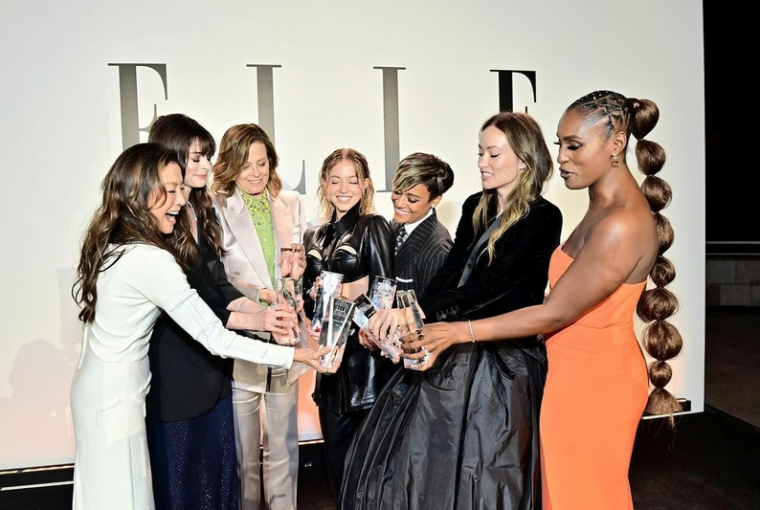 Every year in October, American magazine Elle presents a special November issue with eight covers featuring the year’s top eight actresses. A kind of Women in Hollywood award was established a few years ago, but it has gone through a renaissance recently with the rise of #MeToo. Therefore, the “remarkable eight” are recruited among the representatives of American show business not only for professional achievements, but also for special achievements in fighting for women’s rights and advocating for women’s rights in the film industry and the world at large.

In 2020, the event, like dozens of others, had to be cancelled due to the coronavirus. A year ago, however, it was decided to honour nine women instead of the usual eight. This time the magazine reverted to the usual format, and, surprisingly, the size of the party was more modest than last year. Almost all of the winners – Anne Hathaway, Sidney Sweeney, Sigourney Weaver, Michelle Yeoh, Olivia Wilde, Ariana DeBos and Issa Rae – attended the social event. Actress Zoe Kravitz missed the event for some reason.

During the official part, all the main women of the evening took the stage. In particular, Sigourney Weaver gave a speech, in which she spoke out against the anti-abortion law in the USA and called on women to fight for their rights.