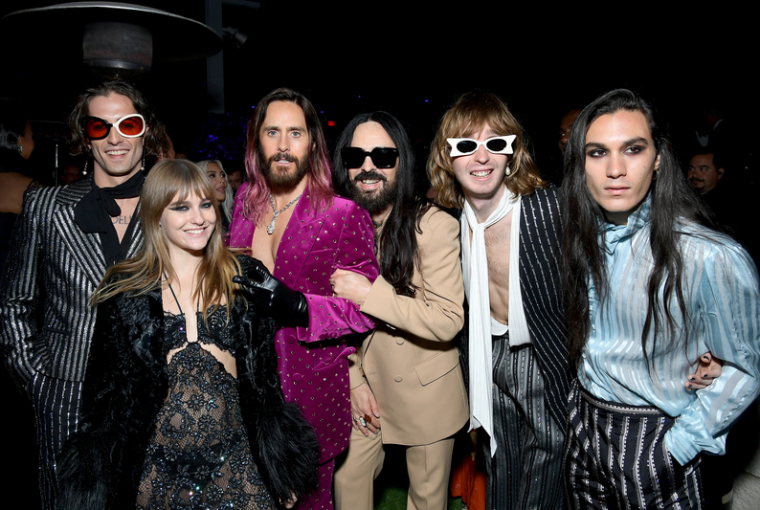 On 5 November, fashion house Gucci gathered friends at LACMA in Los Angeles to celebrate the achievements of artists from the film, fashion and contemporary art industries once again at the Art+Film Gala. South Korean filmmaker Park Chang-uk and artist Helen Pashgian were the main stars of the 11th Awards, while the main stars of the red carpet were dozens of celebrities whose outfits were hard to take your eyes off. Heidi Klum, Florence Pugh, Olia Wilde, Salma Hayek, Paris Hilton, Jared Leto and other stars wore colorful looks.

Kendall Jenner chose a provocative combo for the evening – a sheer bodysuit and a very low-cut silver skirt. Unlike her younger sister, Kim Kardashian opted for a black latex dress by her favourite Balenciaga brand.

The night also saw some notable debuts as Billie Eilish made her first official public appearance with her new boyfriend. The couple paired up in pajama outfits and an oversized duvet for two, and appeared on camera in a teasingly chic twist. They were joined on the night by Paris Hilton and husband Carter Reum, the always elegant Jude Law, Adrien Brody and other guests.