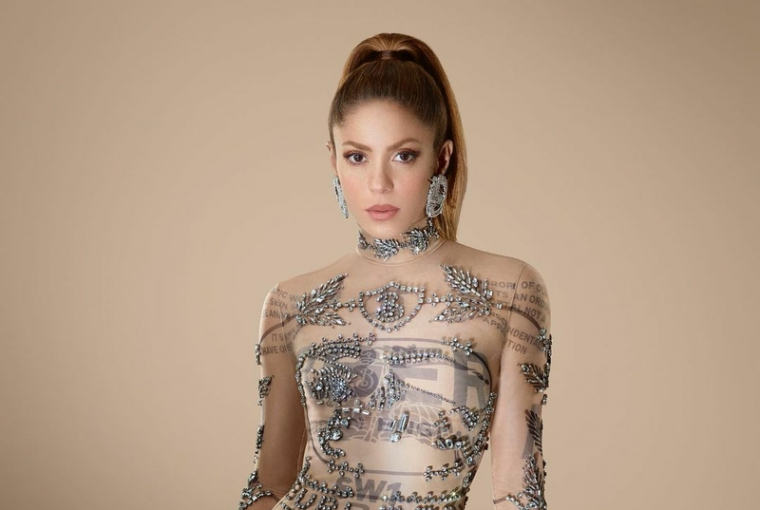 Fashion house Burberry presented a New Year ad campaign, with 45-year-old pop diva Shakira as the face of the campaign. The singer has changed several stylish looks in the new video, the most striking of which was a seductive “nude” dress with a newspaper print embroidered with precious stones.

By the way, the daughter of supermodel Kate Moss, Leela, wore the same outfit to the last Met Gala. Nigerian musician and Grammy award winner Burna Boy also starred in the ad alongside Shakira.

Note that after breaking up with Gerard Pique and having problems with the Spanish tax inspectorate, Shakira has not gone into the shadows. On the contrary, she returned to music, and recorded a song about unhappy love, which she released along with a heartbreaking music video. Her former lover Gerard Pique, on the other hand, announced his departure from Barcelona and the end of his football career.

Shakira recently won custody of their mutual children, 9-year-old Milan and 7-year-old Sasha, during her divorce proceedings with Pique. During a 12-hour negotiation, Shakira and Pique agreed that the singer would take the boys to Miami. For the rest of the year, Milan and Sasha will live in their father’s homeland, an estate on the outskirts of Barcelona. The departure to the US will not prevent the footballer from seeing his children – he will be able to come to Miami whenever he wants and the cost of the flight will be paid from the former couple’s joint accounts.