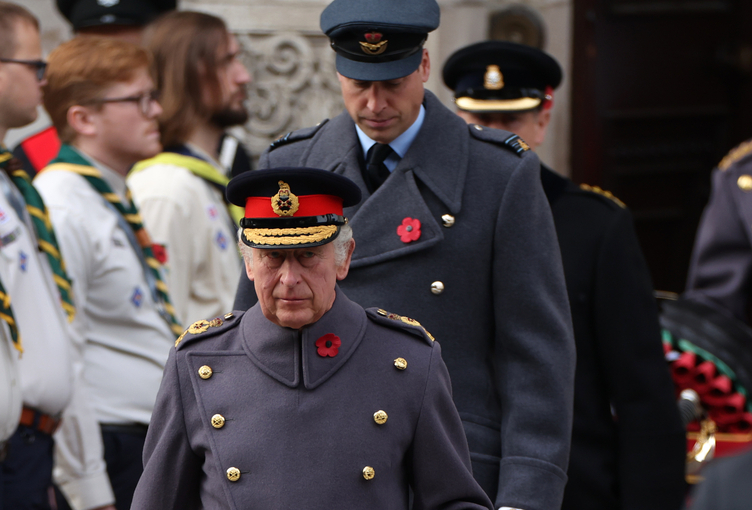 Last Sunday the British celebrated Remembrance Day. Naturally, the official events were not without the participation of members of the royal family. In London, a parade was held, and the newly proclaimed King Charles III, continuing the tradition, laid a wreath at the monument in Whitehall Street – the same annually did his late mother Elizabeth II, and before her – his grandfather, George VI.

Charles also led the memorial procession itself for the first time since Elizabeth’s death. He was followed by Royal Princess Anne, Prince William and Prince Edward. Disgraced Prince Andrew was not present at the ceremony. As well as laying flowers, the monarchs honoured all British soldiers ever fallen in battle with a minute’s silence and cannon salvos.

Queen Consort Camilla and Princess Kate watched the service from the balcony of the Foreign Office building. Both were dressed in black ensembles, which were complemented by brooches in the shape of poppies, which is the symbol of the day.

Surgeon John McCrae, during the funeral of his friend, Lieutenant Alexis Helmer, who died during the First World War, noticed that the fields of the Flemish region of Belgium, where brutal battles unfolded, were strewn with just poppies. McCrae remembered this and later wrote a poem entitled ‘In the Fields of Flanders’.

Moine Michel, an American teacher, was the first to wear the poppy on her chest in memory of the fallen. By the way, the number of poppies on the brooch also indicates the number of relatives of the monarch who died during armed conflicts.