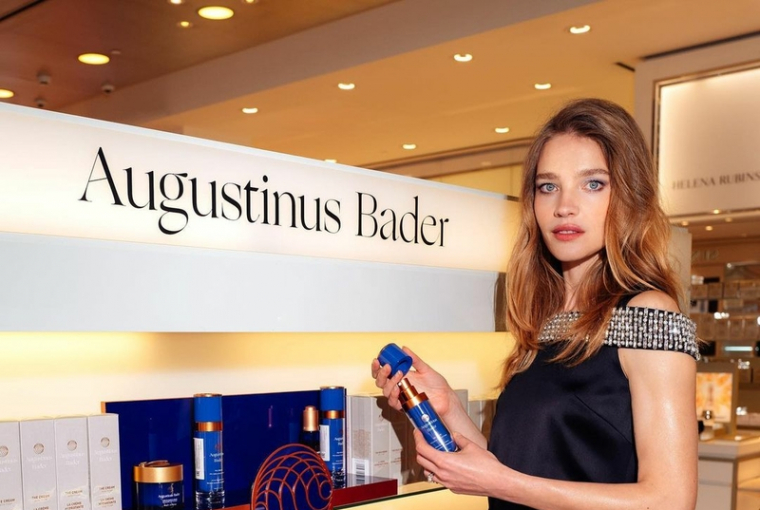 Supermodel Natalia Vodianova has co-invested in cosmetics brand Augustinus Bader with her husband Antoine Arnault. This is reported by WWD. As experts say, the investment is more than far-sighted and promising. The young German luxury beauty brand has already garnered praise from Victoria Beckham, Kate Moss, Nicole Kidman, Natalie and many other actresses and supermodels.

By the way, last August this very brand was responsible for Natalya’s beauty look for her Naked Heart Foundation fundraiser. The news of the couple’s investment in the new business followed weeks after discussion of the model’s possible sixth pregnancy – though the couple have not commented on these rumours, and in photos during Vodianova’s last appearance in public it is difficult to suspect her of being pregnant.

It should be recalled that Antoine Arnault is chairman of one of Italy’s leading brands Loro Piana and CEO of Berluti. He is also the son of Bernard Arnault, president and CEO of the Louis Vuitton Moët Hennessy – LVMH group.