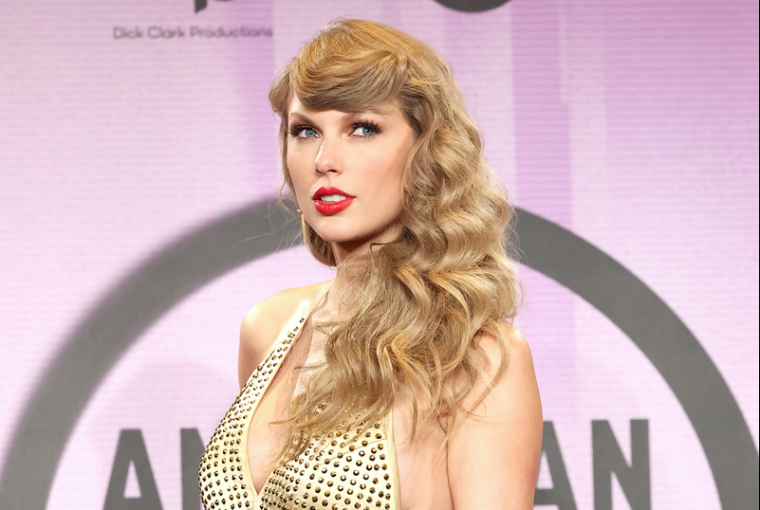 Pink shone no less on the night, performing her hits, singing Olivia Newton-John’s “Hopeless Devoted to You” from Grease and premiering her new music video for “Never Gonna Not Dance Again”. On the red carpet, the singer appeared in a vintage 1982 Bob Mackie dress and with her family – husband Cary Hart, 11-year-old daughter Willow and 5-year-old son Jameson.

Also walking the red carpet were the band Måneskin, Joan Smalls, Bebe Rex and others. The internet liked Machine Gun Kelly’s costume the most – his image in a Dolce & Gabbana spiked suit became a meme. Many thought it was the perfect outfit for unsociable people and those who value personal space.

The award was not without scandal, with Beyoncé and Chris Brown winning the Best R&B artist category. Kelly Rowland, who had to announce the names of the winners in that category, had to placate a disgruntled audience. Many did not like the organisers honouring the abuser and booed him. True, the singer was not present at the award.

It will be recalled that in 2009 Brown attacked 21-year-old Rihanna by beating her in a car. Chris injured the girl and even tried to strangle the singer, and then he fled the scene fleeing from the police. Brown later presented himself voluntarily to the police station, where he was arrested. Brown went to rehab for domestic violence prone men and also spent several weeks in jail for disorderly conduct at the clinic.

Winners of the American Music Awards

o Best music video – “All Too Well” by Taylor Swift

o Best song – “As It Was” by Harry Styles