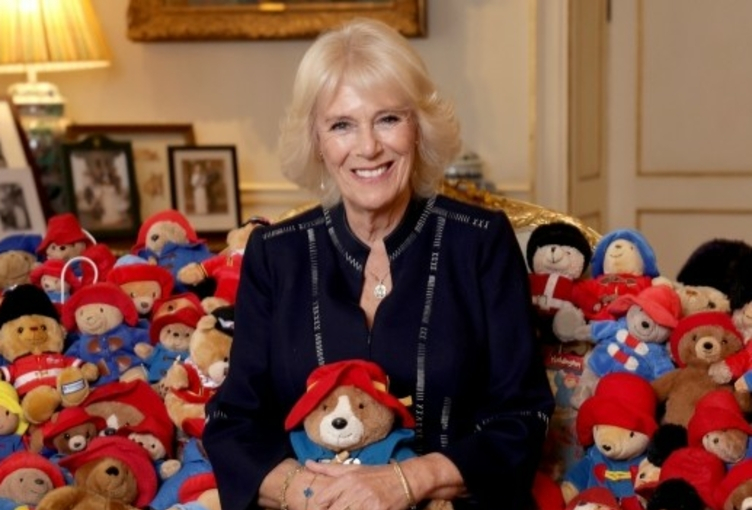 On Thursday, November 24, Queen Consort Camilla personally delivered Paddington bears and other cuddly toys to children, which were left with flowers and notes of condolence outside Buckingham Palace following the death of Queen Elizabeth II. A catered feast was held at Barnardo’s Children’s Trust in London in honour of Her Majesty’s arrival. There, the Queen was joined by actors Hugh Bonneville and Madeleine Harris, who played Mr Brown and Judy Brown in the film franchise Paddington.

For the visit, Her Majesty chose a midi dress in her favourite emerald colour, to which she matched black high-heeled boots and an emerald-toned handbag. Camille wore an unusual mockingbird brooch on her chest. It was a Van Cleef & Arpels piece from the Lucky Animals collection. She also wore a gold chain with several pendants, pearl earrings and a bracelet – also Van Cleef & Arpels.

Recall that many began to associate the children’s film character with Elizabeth II after a touching video was made for the monarch’s Platinum Jubilee this summer. In it, Elizabeth and Paddington meet over a cup of tea.

Also in May this year, Queen Elizabeth II inaugurated a new railway line at Paddington Station. And after her death, Paddington teddy bears became one of the most popular souvenirs – they were sold out within hours.