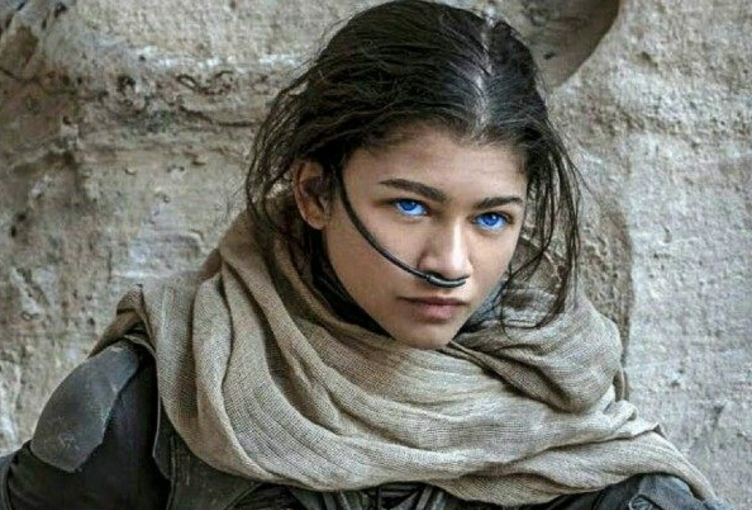 In mid-July, a year after the first part was released on the big screens, shooting of the sequel to the fantasy film “Dune” began. It was known that “Dune 2” will begin shooting, even in case of failure at the box office of the first part (although this did not happen – the film has collected 400 million dollars at the box office with a budget of 165 million). During the summer, production of the picture in full swing in Hungary, where producers were able to find the most suitable locations. There actors and then caught fans and asked for a joint photo.

Now the filming expedition went to where there is a beautiful nature. According to sources, this location turned out to be Jordan, although it is not officially confirmed. Chani’s performer, actress Zendaya, has posted a new photo on her blog. In the picture, she poses against a backdrop of sand dunes wearing a beige cardigan, buttoned up with just a couple of buttons, her hair blowing in the wind. In less than 24 hours, the post has attracted 10 million hearts and 40 thousand raved comments.

The film, which everyone has been waiting for since the 1980s, is based on a great novel – one of the main cultural codes. Dune was first published in 1965 and has since become a science fiction classic. After 20,000 years, there is an intergalactic feudal empire ruled by aristocratic clans. Religion, philosophy, ecology, politics, mythology – all aspects of life are brought together in one novel.

The sequel features much of the same team, including director Denis Villeneuve and cameraman Greg Fraser. In addition to Zendai, the sequel will star Timothy Chalamet, Rebecca Ferguson and Javier Bardem. The film is expected to premiere on November 17, 2023.