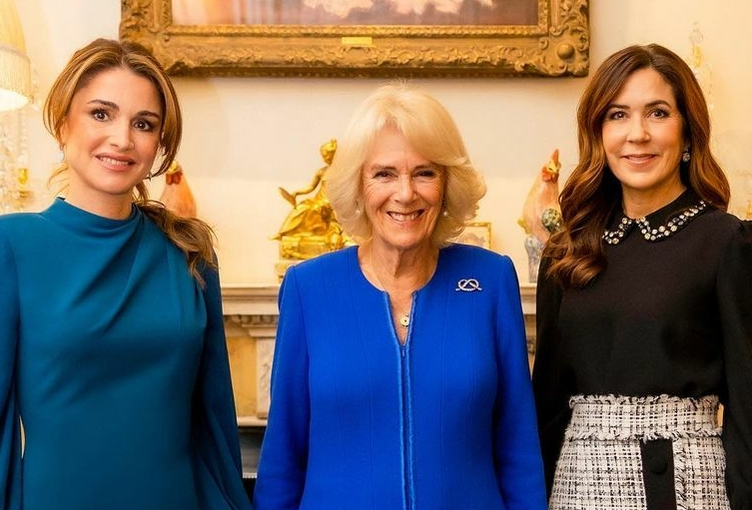 Britain’s Queen Consort Camilla hosted foreign guests at Clarence House the previous day. Queen Rania of Jordan and Crown Princess Mary of Denmark were in London on a special occasion. Of course, there was no shortage of common photos, in which all three monarchs look absolutely gorgeous.

Her Majesty Camilla hosted an afternoon tea for the honoured guests and they socialised in an informal setting. Rania is also expected to attend a reception at Buckingham Palace during her visit, where she and Camilla will take part in a 16-day UN campaign on protection from violence against women.

Recall that Camilla of Cornwall (Parker-Bowles) became Queen Consort automatically at the same time as her husband Charles purchased a new tutu. Informally it happened at the time of Elizabeth II’s death, but Charles III won’t be formally crowned until next year. Incidentally, Camilla gave hundreds of Paddington bears to children last week.