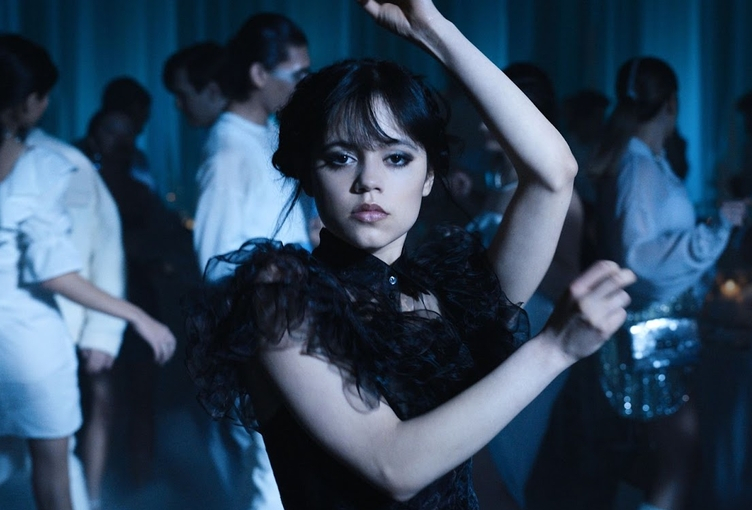 It looks like Netflix hit Very Stranger Things is going to have to move on. Director Tim Burton’s new series “Wednesday” has broken the record for views of English-language shows on the famous streaming platform. The Addams Family spin-off was viewed more than 341.2 million times in its first week since its premiere.

The dance of the main character Wednesday Addams at the school disco in the fourth episode instantly became a cultural phenomenon and went viral on social media. In a recent Netflix interview, Wednesday’s performer Jenna Ortega told fans that she choreographed it herself, not being a professional dancer. She says she was inspired by British rock band Siouxsie and the Banshees, actress Lisa Loring who played Wednesday in the black-and-white Addams Family from 1964 to 1966 as well as ’80s goth club culture.

“I actually felt very uptight,” Ortega admitted. – “I choreographed it myself, and I think it’s pretty obvious now that I’m far from a dancer.”

Tim Burton’s Wednesday series premiered on Netflix on November 23. The show revolves around Gomez and Morticia Addams’ daughter, who is forced to settle into her new school. However, Wednesday finds herself in an unusual school: there are vampires, werewolves and werewolves, and in the neighboring town strange and creepy things happen.

Note that the Addams Family was created in 1938 by American artist Charles Addams as a newspaper comic strip.