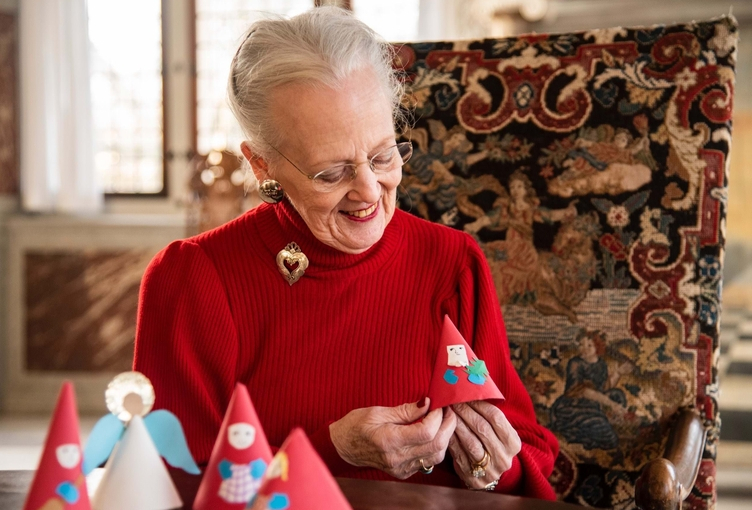 The first month of winter has arrived, which means that Christmas, celebrated by Catholics and Protestants on December 25, is just around the corner. Each European royal family has its own Christmas traditions.

The Danish royal family has some of the most interesting traditions. This is all because of the queen Margrethe II, who is not an ordinary person in her own right. The Queen has enough imagination and energy to warm the hearts not only of people close to her, but also of all her subjects. The Queen has designed costumes and sets for numerous productions, both ballet and theatre, as well as adaptations of fairy tales. This season she has designed the set and costume design for the ballet The Nutcracker, which premiered a few days ago in the mime theatre in Tivoli amusement park. She has also designed her own design for the Christmas elves, the ‘nisse’. According to Danish tradition, they help the ‘Christmas Eve man’, who arrives with gifts in a sleigh pulled by reindeer. Nisse are said to live in attics, barns or closets. The royal castles have plenty of room for them. And the queen glues up caps from thick red paper, makes funny faces, hands and feet and arranges them around the rooms, stairs and halls of her official residence – Amalienborg Palace. These little people have become the centrepiece of her Christmas calendars.

It would seem that there’s nothing surprising about Advent calendars anymore. They’ve been around for more than a century, and they have their origins in Germany. In Denmark, too, they are an essential part of the festivities, and they are usually made by hand. That’s what Margrethe’s mother, Queen Ingrid of Sweden, used to do. And she herself sewed and embroidered calendars from fabric with 24 pockets for her sons Frederik and Joachim and later – for her grandchildren, of which she has eight, by the way. But a few years ago, finally getting the hang of online reality, the monarchess realized that she could make Christmas calendars for all of Denmark. Since then, on December 1, when Danish children open the first box of chocolates in their festive cardboard boxes, their parents rush to social media or the Royal Court’s website to see what surprise the Queen has in store for them.

This year she has again, for the seventh time, released a Christmas calendar for Danes, and those interested in life in the royal castle. The monarch’s fabulous niesses delight the public with their travels through Denmark or the country’s history. Last year’s calendar, for example, was dedicated to the forthcoming 50th anniversary of Margrethe II’s reign, which is being celebrated this year. For 24 days, the elves, accompanied by a Christmas angel, searched for traces of the reigns of previous Danish monarchs. This journey through the history of the royal family made it possible to tell the story of Margrethe’s most prominent predecessors in an accessible form.

This year’s calendar is called ‘Christmas Behind Castle Windows’, and it refers to their inside. The monarch has announced in advance what visitors to her website have in store for this time:

“What happens behind the palace windows in the month before Christmas? Who takes care of the selection of festive decorations, what recipes are used in the kitchen, and how do members of the royal family and courtiers create the right Christmas mood? The answers to this and many other questions can be found between 1 and 24 December.”