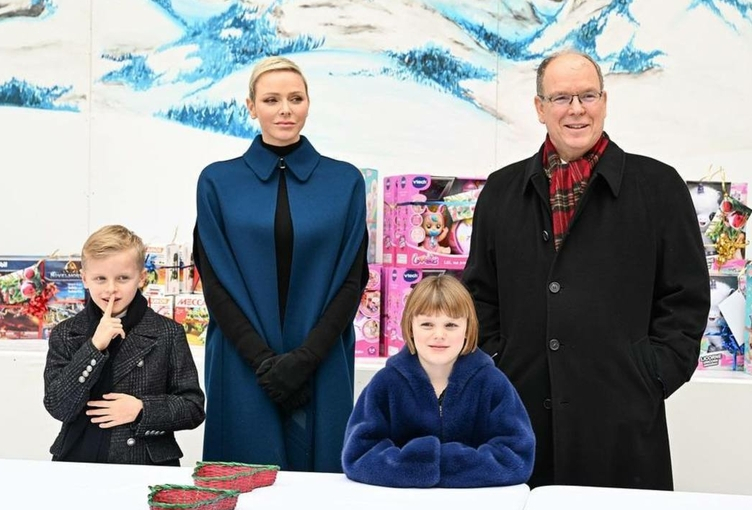 The Princely Family of Monaco is sharing their festive mood. On 14 December, the traditional Christmas party was held at the sumptuously decorated palace, where the monarchs mingled with their subjects and distributed presents – play sets and sweets – to children aged 5-12. Of course the celebration was held with the help of Santa Claus.

The children of Prince Albert and Princess Charlene, twins Jacques and Gabriella, who turned 8 at the beginning of the month, attend this event not for the first time and traditionally every year enjoys participating in the holiday. This year the whole family came out to the public in matching outfits. Mother and daughter dressed in the same blue (Charlene chose a spectacular cape coat and Gabriella chose a charming faux fur coat), while father and son opted for grey and black.

It should be noted that last year, Princess Charlene missed the Christmas tree due to health problems. At the time, according to her husband, she suffered from “exhaustion, emotionally and physically”. She is known to have first suffered a severe ear infection and then contracted the notorious COVID-19. So every new appearance of the Duchess in high spirits and great shape invariably pleases fans of the royal family of Monaco around the world.

At the end of November, the royal family appeared in full force at the Monaco National Day celebrations. There, Charlène glittered in a flawless white coat with a blind collar by the French brand Akris.