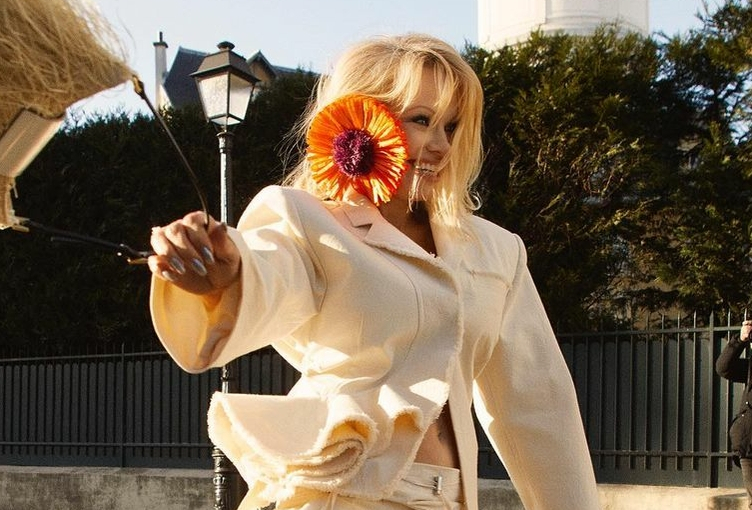 French brand Jacquemus has revealed a festive advertising campaign starring model and actress Pamela Anderson, known for the TV series Baywatch. The footage appeared on the brand’s social media account. The filming took place in Paris. In the published video, Pamela, 55, walks down the stairs with a Christmas tree in her sights.

‘Christmas is over,’ she says to a Santa Claus she meets on the way and pulls his beard.

For the photo shoot, Anderson tried on a white translucent dress with halter collar, high cut and feathers, a pink maxi dress with cutouts on the hips, suits – black with a voluminous jacket and cutout on trousers and beige with a mini skirt, as well as a dress and a wide-brimmed hat with fringe.