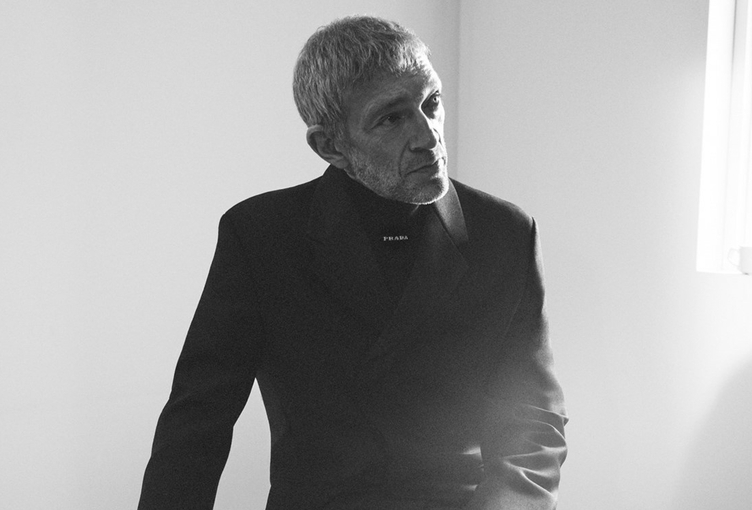 Prada creative directors Raf Simons and Miuccia Prada have revealed a new advertising campaign. The campaign was directed by fashion photographer David Sims. The shoot is inspired by old Hollywood and European films depicting ‘voyeuristic moments of innocence with elements of tension’.

The protagonist of the photo shoot is Vincent Cassel. In the published black-and-white shot, the 56-year-old French actor poses sitting on the edge of a bathtub with his leg over his leg. The actor is dressed in a strict black suit. The image was complemented by a roomy leather tote bag.

Hunter Schaefer, star of the TV series Euphoria, and actor Louis Partridge also starred in the ad. They were accompanied by Letitia Wright and models Guinevere van Sinus and Rachel Williams.