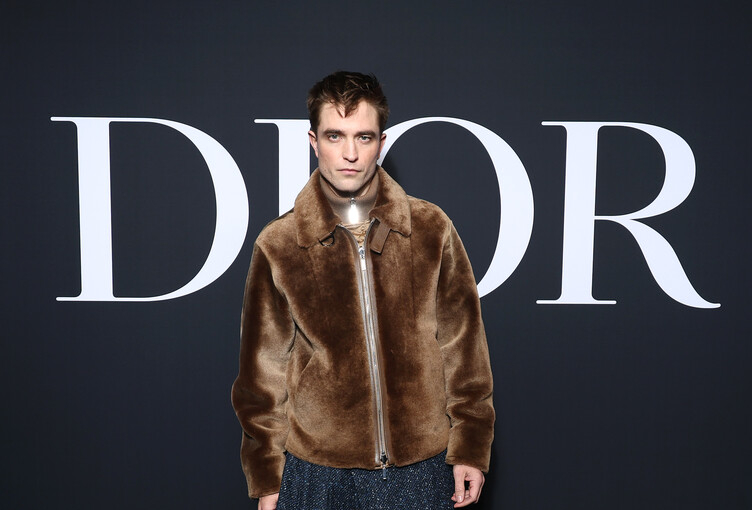 The Dior fashion show took place in Paris within the scope of the Fashion Week and as usual, the guest list included many celebrities. Naomi Campbell, Karlie Clos, Amber Valletta, “Fantastic Beasts” star Redmayne and his wife Hannah Bagshaw, David Beckham and his son Cruz and many others were present in the auditorium. But brand ambassador Robert Pattinson was a standout on the night.

Last year he became the face of Dior men’s line of the spring-summer 2023 season, and this year he took up the role of a brave fashionista. Robert, who has been experimenting with his own style over the past year, showed up in an unexpected way – he preferred a dark blue tweed skirt with mottled patterns, which he combined with a fluffy chocolate fake fur coat worn over a matching turtleneck and a pair of high black boots from the latest Dior collection.

Pattinson did not stop at one fashion experiment this evening. During the show the actor was deeply reading Thomas Stearns Eliot’s “Barren Land”. This theatrical sketch became an accompaniment to a fashion show of the main men’s trends of the next season by Dior. They included knee-length skirts, padded jackets, one-shoulder jumpers, a waistcoat with blown inserts and 3D-printed shoes.