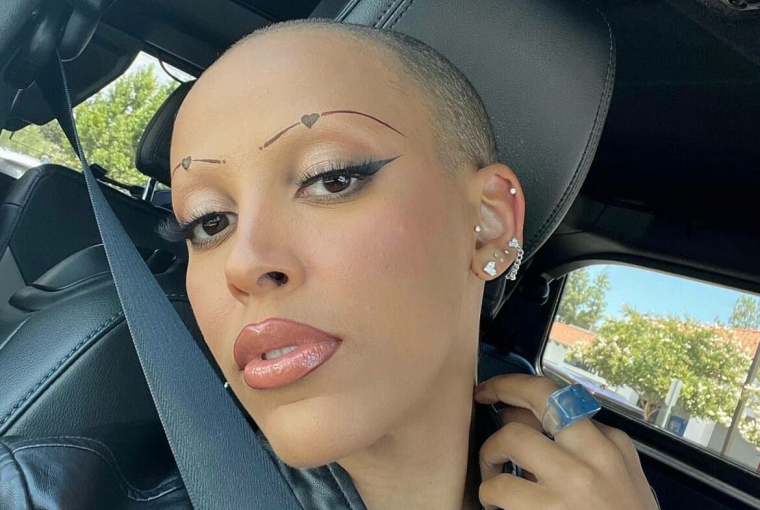 American rap singer Doja Cat has surprised her fans with a new image. The singer appeared head-to-toe in red Swarovski crystals at the Schiaparelli couture show, which opened Paris Fashion Week. It took the stylists more than five hours to create the outfit! The 27-year-old singer was styled by famous makeup artist Pat McGrath. She has repeatedly collaborated with fashion house Schiaparelli. On social networks Pat told that 30 thousand Swarovski crystals were used to create the image of Doja Cat. They were glued to the entire body of the performer, including her face. A red Schiaparelli dress, a leather cape and extravagant high-heeled boots were used to complete the look.

On social media, Schiaparelli’s fashion show went viral with users vigorously discussing the stars, who walked down the runway in dresses with “stuffed” animals made of foam, resin and other artificial materials. Irina Shayk and Kylie Jenner appeared in looks with a huge lion’s head, while Naomi Campbell completed the look with a stuffed wolf. According to designer Daniel Roseberry’s idea, the animals referred to the plot of Dante’s “The Divine Comedy”.

To recap, Doja Cat rose to fame in 2019 with her social media hit tracks “Candy” and “Mooo!”. She later recorded fits with Tyga, Nicki Minaj, The Weeknd and other popular artists. She has also been nominated three times for a Grammy Award.